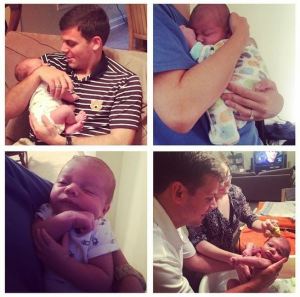 Before we left Florida, my brother and his fiance came to visit so they could meet my little man when he was 3 weeks old. My brother used to have a fear of holding babies. The man (can I just say that’s weird to say, he’s my little brother!) that came over showed no fear, had no hesitation, and had no intention of ever putting his nephew down. I was sure that as soon as Wesley started to cry he’d be hastily handed back to me, instead Louie walked around, bounced him, talked to him, and climbed up and down the stairs. He’s a natural!

When you’re about to move the last thing you want to do is make a big grocery trip. Our last couple weeks’ dinners in Florida where comprised of whatever we could scrounge up at the house and eating out. Because we had company, I wanted whatever I made to not only use what I had in the fridge, but also be delicious. The Creamy Chorizo Pasta dish that resulted was a hit by all. 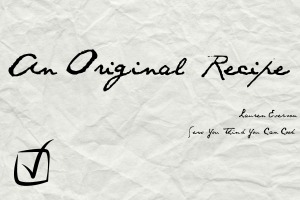 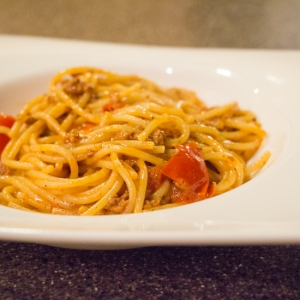 One thought on “Creamy Chorizo Pasta”