I’m {finally} back with another Crazy Ingredient Challenge!

This month’s mission: to combine pears and red pepper flakes.

As I informed my husband of the task at hand I was also creating my menu and grocery list. I thought about the proteins that were in the freezer and the lightbulb went off.

Why not make a barbecue sauce with the pears and add in the red pepper flakes for kick? 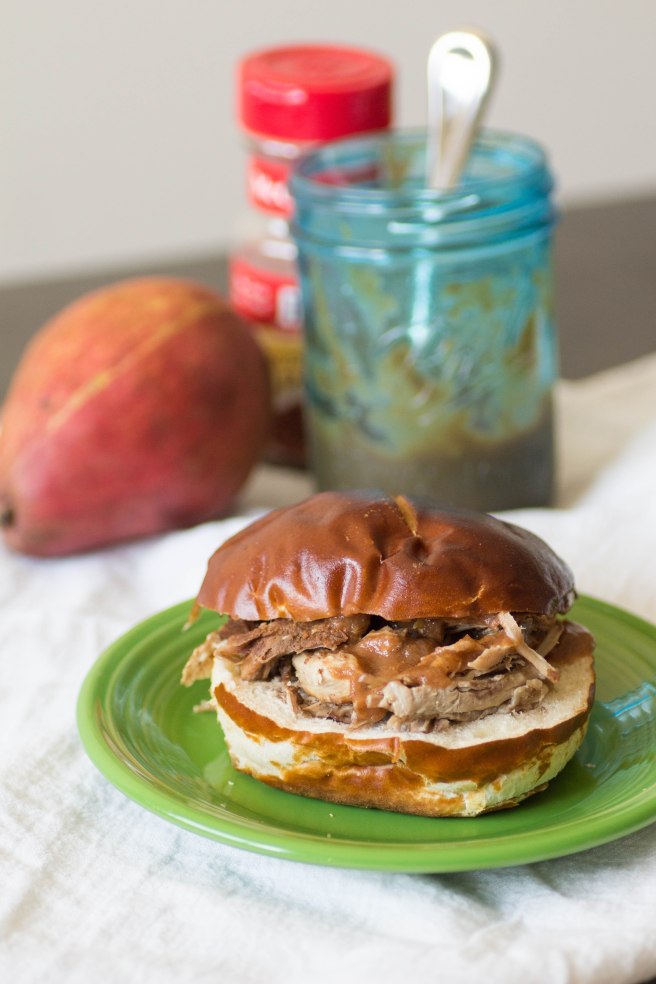 I made the barbecue sauce in the morning and then added it to the slow cooker along with my bone-in pork shoulder. I shredded the pork when it was ready, put it in a container, and headed out the door to Pure Barre. When I came home, all I had to do was assemble a sandwich on my favorite pretzel bun for an easy dinner.

Well, actually, I had to first put the boys to bed. But then I got to eat my sandwich! I had more for lunch the next day, too. Having the pork for lunch was really the best thing about it!

*The barbecue sauce is adapted from http://usapears.org/recipe/pear-barbecue-sauce-with-chile-and-spice/* 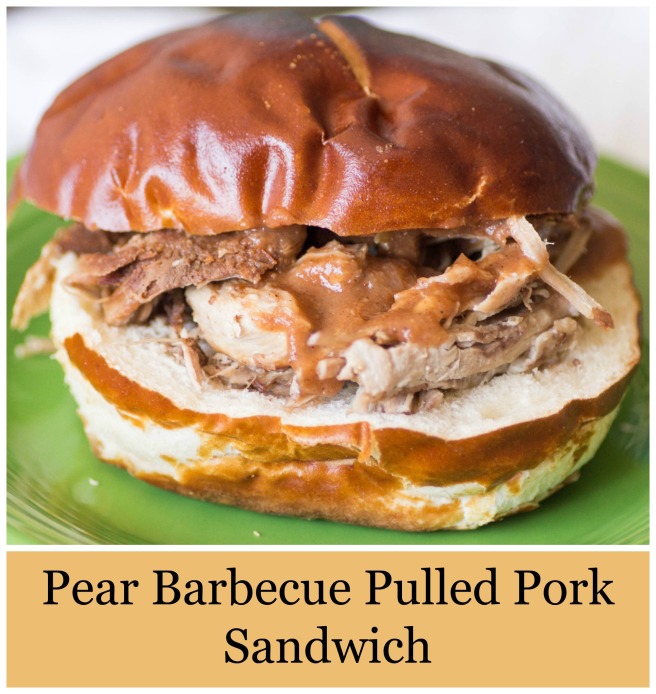 To see the other bloggers who participated in this month’s Crazy Ingredient Challenge click on the link below.