I’m {finally} back with another Crazy Ingredient Challenge!

This month’s mission: to combine pears and red pepper flakes.

As I informed my husband of the task at hand I was also creating my menu and grocery list. I thought about the proteins that were in the freezer and the lightbulb went off.

Why not make a barbecue sauce with the pears and add in the red pepper flakes for kick?

I made the barbecue sauce in the morning and then added it to the slow cooker along with my bone-in pork shoulder. I shredded the pork when it was ready, put it in a container, and headed out the door to Pure Barre. When I came home, all I had to do was assemble a sandwich on my favorite pretzel bun for an easy dinner.

Well, actually, I had to first put the boys to bed. But then I got to eat my sandwich! I had more for lunch the next day, too. Having the pork for lunch was really the best thing about it!

*The barbecue sauce is adapted from http://usapears.org/recipe/pear-barbecue-sauce-with-chile-and-spice/*

To see the other bloggers who participated in this month’s Crazy Ingredient Challenge click on the link below.

Once upon a time I saw a bbq spaghetti on an episode of Diners, Drive-ins, and Dives. I couldn’t shake the urge to try it, so when we had a lot of leftover pulled pork from the Super Bowl I knew I’d have to make some barbecue pasta sauce. Because I stored the leftover pork and sauce separately I used a bottled barbecue sauce instead of the Carolina BBQ for this recipe.

I just loved this mashup of cuisines. It takes your tastebuds a moment to get over the “culture shock” of a spicy, smokey, sweet sauce instead of the expected acidic tomato sauce.

I urge you, the next time you have leftover pulled pork, do something a little different and try this barbecue pasta instead!

*This recipe is adapted from Anna at http://hiddenponies.com/2013/05/bbq-pulled-pork-pasta/*

As summer vacations are winding to a close there’s some denial in the “back to the grind” busy schedules. That doesn’t mean you need to give up on perfect summer fare just yet!

Pulled meat (typically pork) sandwiches slathered with barbecue sauce are one of those meals that have you thinking of picnic tables and summer get togethers.

I have adjusted an Anne Burrell recipe from the January/February 2014 edition of Food Network Magazine (Anne Burrell’s Pulled Pork Sliders) to utilize the slow cooker, meaning you don’t need to turn on the oven or be stranded at home while it roasts away. You could even make the BBQ sauce in advance if you didn’t wan, or have the time, to be at the stove 30 minutes before dinner. I used chicken instead of pork because that’s what I already had in my freezer, if you want pork she used a 3 lb Boston butt pork roast. 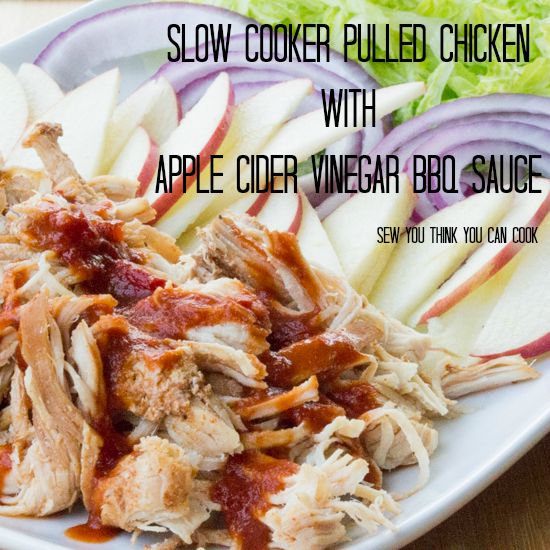 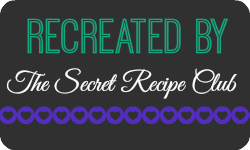 This month a smaller than normal group got together for some barbecue food. Due to scheduling conflicts with the neighborhood clubhouse we had to meet on a Thursday instead of a Tuesday. It’s also travel season now that school’s out. But that didn’t stop us from having some fantastic food!

Here is a sampling of the recipes brought to the BBQ potluck:

I am really excited for our meeting in a couple of weeks when we’re having breakfast!!