My baby boy is now ONE!

If year one goes by quickly for the first born, it goes even faster with the second child. My Treat has been walking for 2 months now and loves to run and climb. He wants anything his big brother is playing with or eating – and his favorite thing to do is steal chocolate milk.

Today I will share with you the planning (and execution) of his birthday party. 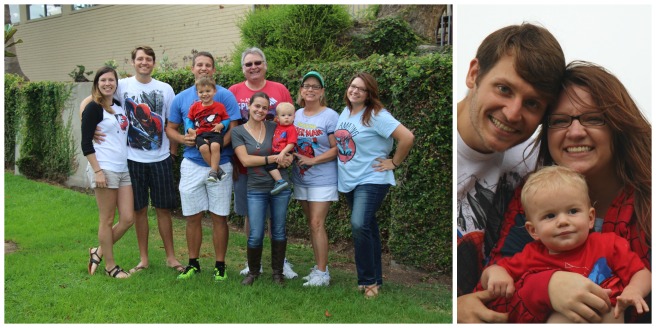 I think first birthdays are pretty special. And, for me, I refused to have my son’s party on any day other than THE day. I am extremely grateful to have family willing to travel across the country to help us celebrate. It was even the first time Treat got to spend time with both of his Godparents at the same time!

We’ve got a great group of friends who braved the rain to come to a party at the playground, too! 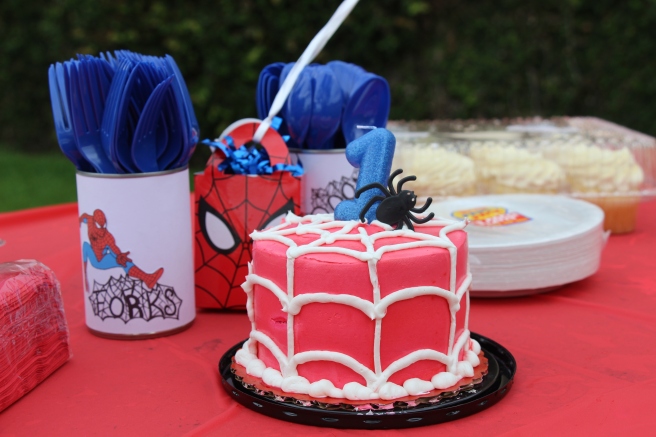 When my son was born the day before Halloween, I knew I’d have to have another appropriately themed super hero party. My options were Spider-Man or Batman. I decided to go with Spider-Man to keep my boys in the same comic universe (nerd alert).

While there is plenty of pre-made party decor for Spider-Man, I decided to keep things simple using a lot of red, white, and a bit of blue. 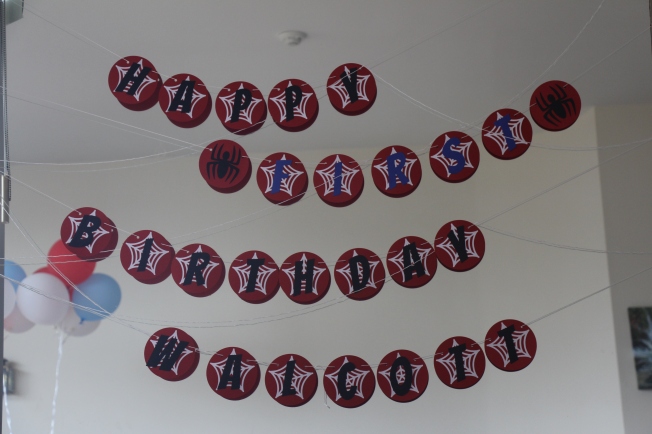 Treat’s incredible “Happy First Birthday” banner was made for me by a friend. When she discovered that I’d always cut the banners out by hand, she immediately offered her services for all future decorating needs. I took her up on it due to our complicated schedules during September and October. She even glued all the pieces together for me and all I had to do was string them together and hang them up!

And now for the important part of the party: The Food!