I have a funny story regarding corned beef that is probably really one of those “you had to be there” stories to find amusing, but I’m going to tell it anyway.

Have you ever played Taboo? It’s a fun game in which players try to describe a word without using certain “taboo” words or phrases. It was hugely popular amongst our families when we were in college.

Stuart and I each had a game set, but they were manufactured in different years and therefore the cards are different.

Corned beef hash is on one of the cards in the older deck. It’s a dish that, at the time, none of us younger players had ever heard of. With no way to describe it, a point was given to the opposing team and play moved on. Since that point, if there’s ever a pause in clue giving or zero idea on the guessers part, we automatically guess “corned beef hash!” (We’re never right.)

So what is corned beef?

Corned beef is salt-cured beef which became popular during wartime when fresh meat had to be rationed. Its most common uses are for sandwiches or hash.

One of these days I’ll actually make corned beef hash.

We’ve enjoyed corned beef in my Irish Bread Braid and in these turnovers. Makes me wonder why I only cook with it in March.

*This recipe is adapted from Lori at http://www.recipegirl.com/2007/03/14/corned-beef-cabbage-turnovers/* 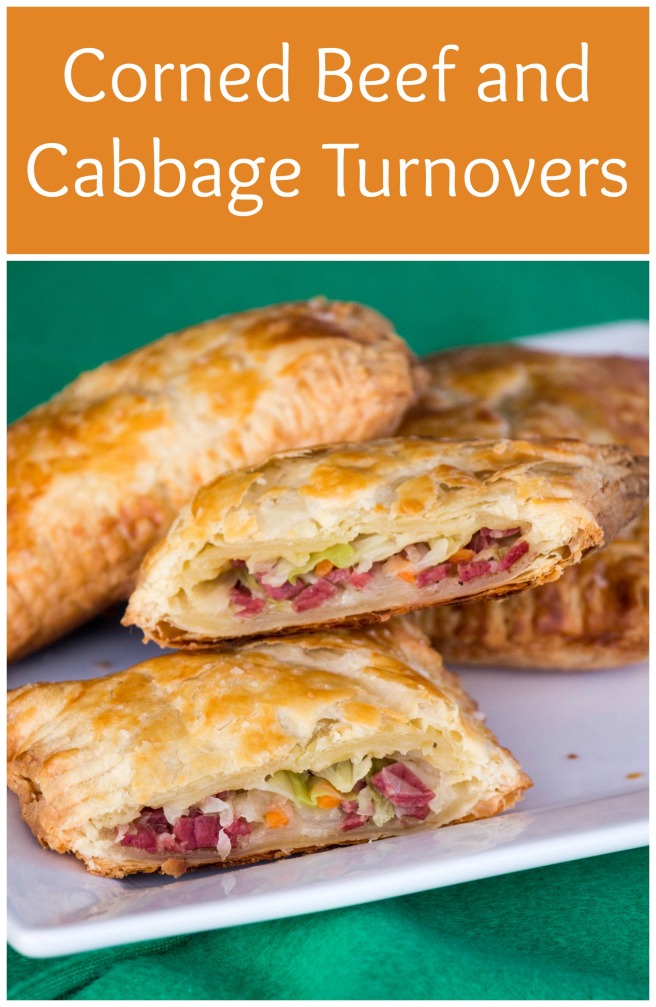