This post is my second with the Food Bloggers Recipe Swap group and the first of the new year! So, Happy New Year everyone! Can I still say that? Has the shiny new promise of 2017 already lost its luster?

Anywho… By opting in for January, I committed myself to being assigned a blog, finding and recreating a recipe from that blog, and then sharing it with all of you, my dear readers.

I love the posting leniency afforded in this challenge. As long as I get my post completed by the end of the month, life is peachy! I don’t think the assignments are a secret either, and should I choose, I could search through the assignment list and figure out who is digging through my recipe index, but I won’t spoil the surprise.

This month I was assigned the blog Simply Delish Eats written my Luca. Luca’s story has some similarities as mine in that she lives in California, is from the south, and is proud of her alma mater. She works in the fashion industry – a land I hardly ever delve into. Seriously, I don’t even brush my hair! Not that that means I don’t appreciate good fashion, I simply admire it from afar and from the dreamland of Pinterest.

Luca has some great recipes on her blog and I actually stopped looking when coming face to face (face to bowl?) with her slow cooker queso dip. I immediately added the ingredients to my grocery list and made it for Auburn’s final game of the season. (We won’t talk about the actual game though…) I thought it’d be fun to photograph the dip in the slow cooker so when I reheated the leftovers the next day I did so in the slow cooker. And then I forgot about it. And it burned. And the already unphotogenic melted cheesy goodness was far from being camera ready.

That execution fail (to be clear, the queso was tasty!) was a blessing in disguise because I got the opportunity to make this Honey Walnut Shrimp. I’ve never had the dish at a Chinese restaurant before so I can’t speak to it’s “copy cat” qualities. But I can speak to its deliciousness! 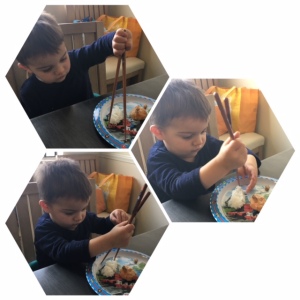 With some immense luck, Firecracker tried one bite of shrimp! He never gave a clear indication as to if he liked it or not. We gave him a pair of chopsticks to make it more fun, and it kinda sorta worked. Like I said, he tried one bite. And then had a kid’s protein bar for lunch instead. Ah well. Win some, lose some, right?

I made a full pound of shrimp, doubled the walnuts, and kept the sauce amount the same. To be fair, I would have doubled the sauce had I enough mayo/sour cream in my fridge, it’s not like I was trying to cut calories or anything. I only had about a 1/4 C of mayo left in my container so I had to add some sour cream. A perfectly acceptable substitution, I think! One could probably use plain Greek yogurt, too, in a pinch. Good news: I wouldn’t have needed a double recipe of sauce, it was enough to perfectly coat the 1 lb of shrimp.

Luca used a boxed tempura batter. I couldn’t find any at the store, so I simply made my own. 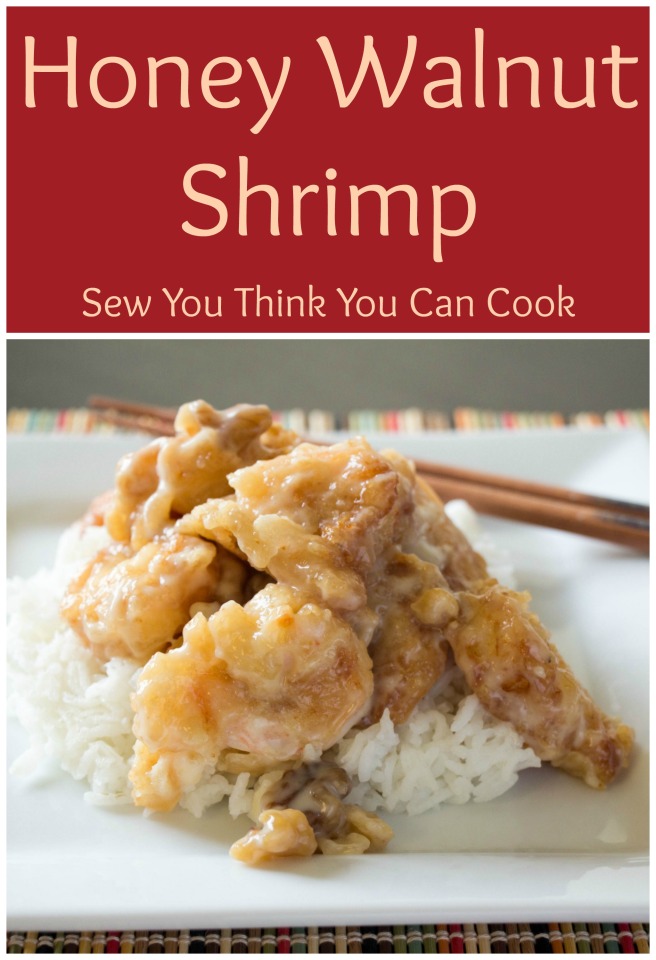